Oliviero Toscani is internationally known as the mastermind behind the most famous newspapers and brands in the world, creating and developing corporate images and iconic advertising campaigns. He has worked for newspapers such as Elle, Vogue, GQ, Harper’s Bazaar, Esquire, Stern, Liberation. He has won four Golden Lions, the UNESCO Grand Prix, the Offichage Grand Prix twice, and numerous awards from Art Directors Clubs around the world. He is an honorary member of the European Academy of Sciences and Arts.

The photographs taken at Kappa FuturFestival 2019 are part of the project “Human race”, a never-ending project on the different morphologies and human conditions, to represent all the expressions, physical, somatic, social and cultural characteristics of humanity. Oliviero Toscani: “This festival is an important place, there is a concentration of special and very interesting young people, that don’t conform to each other – said the photographer – I met people with a kind attitude, very civilized and polite guys, without arrogance, but with a great desire to discover and understand”. 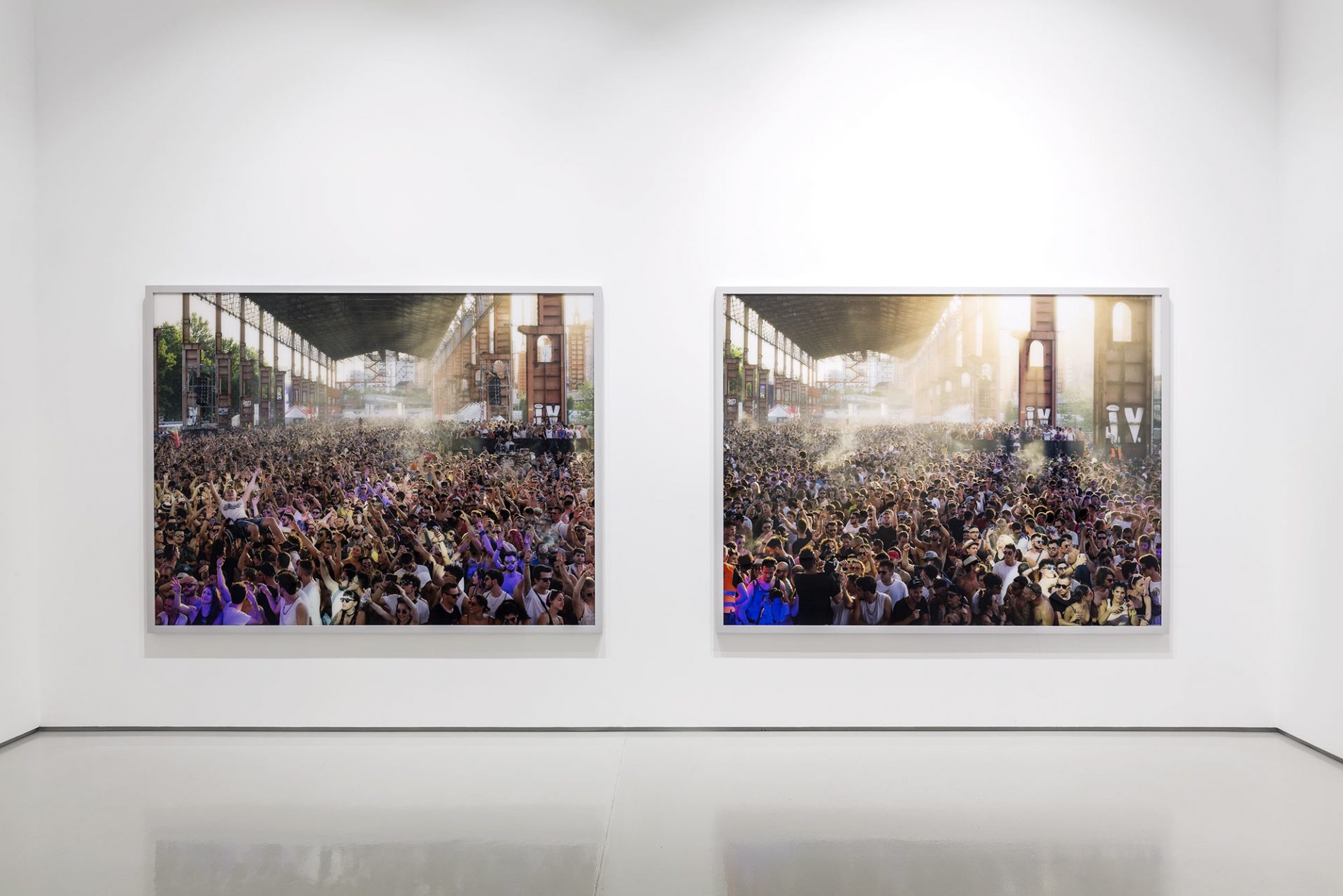 Massimo Vitali began working as a photojournalist in the early sixties and collaborated with various magazines and agencies in Italy and Europe. In the early eighties his attention shifted to art photography. In the same period he began to work for cinema and television. Since 1995 he has devoted himself to photography as an artistic research, starting the series of “Beaches” developed as an original tool to portray the world.

He was immediately recognized and appreciated internationally for his extra-large format works of beaches, clubs and public spaces in general, where anonymous individuals are portrayed in their free time. His works are displayed at the Centro de Arte Reina Sofia in Madrid, the Pecci Museum in Prato, the Guggenheim in New York, the Museum of Contemporary Art in Denver, the Center Pompidou and the Fondation Cartier in Paris and in several other museums in Europe and in the United States. His ability to show landscapes and masses of people with narrative and formal details sometimes enhanced by almost intangible backgrounds, makes his works classified as “contemporary human landscapes”.

Settimio Benedusi is a professional photographer and a journalist. He works with Corriere della Sera since 2010. He is the only Italian photographer to collaborate with the international edition of Sports Illustrated for 7 years. He teaches Fashion and design photography at IED and at IULM. Creator of RICORDI?, a project offering to everybody the privilege to get a printed photographic portrait. In 2018 he made black and white portraits of Kappa FuturFestival’s audience.

Talking Futur is a new video format created by the Associazione Culturale Suoni e Colori, Movement Entertainment and PATREON  with the support of the European Cultural Foundation and the CRT Foundation. It brings together inspiring talents working across science, tech and the visual arts with some of the most interesting DJs and producers in the international clubbing scene.

French dj/producer Agoria, an artist capable of going further and deeper into whatever he focuses his creativity and vision on, meets Charles Michel, a true global citizen as well as a brilliant activist and educator with a mind-blowing approach to food science at the intersection of sustainability and culture.

Within this conversation, ideas meant to “evoke, provoke and connect emotions” flow flawlessly – creating surprising new angles and ways of understanding today’s world. It’s about food and music, it’s about technology and evolution, it’s about politics and responsibility; it’s even about ants (you’ll see…). It’s about brilliant minds paving the way to a higher level of consciousness and enjoyment.

It’s a matter of fact that all current economic forces drive us into a world of free circulation for money, trades, goods, whilst creating bubbles of ultra-rich environments. And this has come to also affects the Arts. Both music and street-art have become commodified, their respective industries manufacturing only a minuscule select number of worldwide stars for whom demand and pay are both exponentially growing. But is this really sustainable, in a long – or even short term – perspective? Where should we draw the line between the longing for globalization and the need to preserve our roots? What is the aim of the things we do, of the things we love, of the things we fight for? Paco and Cibo openly exchange their ideas, their experiences, their unbiased points of view. A talk that provides plenty of food for thought!

Up and coming DJ and Space Ibiza resident Celina Manuhutu, meets up with astrophysicist Adrian Fartade to discuss how to communicate and connect with your audience, whether terrestrial or cosmic!

Is the world wide web another facet of the “real world” too, today? What is the difference between events happening on line and IRL? And how has the way we communicate and operate changed, since social media has taken over our everyday life? What is the safest yet most productive way to deal with social media today as a creator?

Of course no discussion about the above would be complete without referencing one of the strangest (and most difficult) recent times for human mankind; during the last couple years, the pandemic has affected all our habits, our passions, our desires, our choices. How to get out of that slump? Well, Adrian, for example, brings us literally to the moon, and the two surf together through contemporary misinformation, the phenomenon of the hype overload and the tremendous change of the last decade in the role played by an ‘audience’.

Stay up to date with all festival announcements, news, offers, and more!